Transponder Chips are designed to reduce auto theft. Their function, to send radio frequencies to the receiver, which transmits signals to the sensors attached to the injection or ignition pumps and allow the engine to fire when correct signals received by the receiver are the ones registered in the ECU of the vehicle.
(714) 715-5887 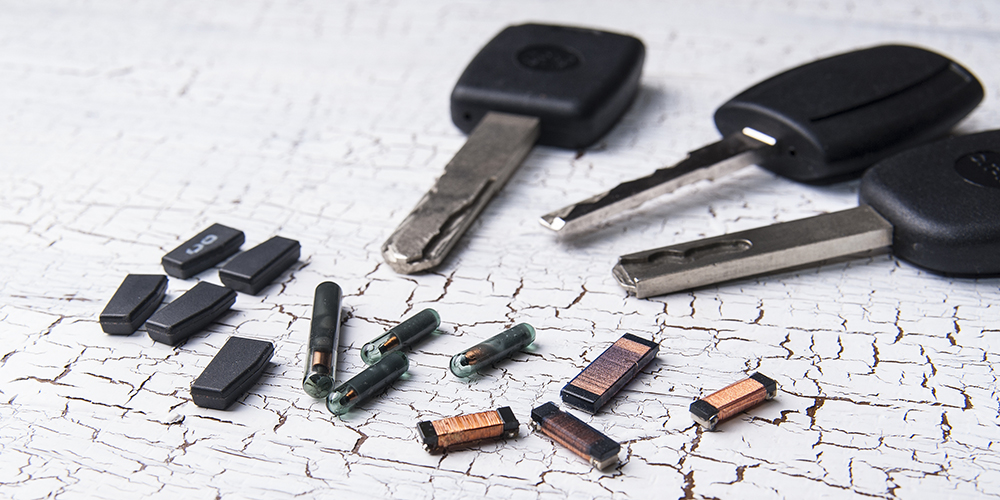 The technology very widely known as transponder chips is used in a wide variety of applications, however in the recent years it has been adopted by most car manufacturers in order to reduce the auto theft.

The word transponder is composed from two words : transmit and response.

The transponder chips are usually of a very small size and placed in the key cover of the cars . They are self sustained meaning that the chip itself does not require any form of electricity or other form of power to function.

Their only function is to send radio frequencies to the receiver part , with is usually installed in the ignition cylinder or near by into the enclosure.

The receiver part of the system then transmits signals to the sensors attached to the injection or ignition pumps and allow the engine to fire, giving that  the signals received by the receiver are the ones registered in the eco of the car.

This is the gist of the transponder chips mechanism, however the whole system sounding so easy, it might create difficulties for the car owners that loose their keys or simply want spare one for emergency cases.

Most car manufacturers offer a manual programing system for the owner , but most of the times either the process is not disclosed to the customer or its so complicated it “makes your head spin “.

For example on a 1999 Mazda 323 the system of programing a key manually it goes in about 20 very difficult to understand steps.

I will try to describe a little of the experience that we had with specific car , and even with our experienced technicians it felt like we were guessing some of the times.

First you have to introduce and remove the existing key five times at Avery fast speed leaving the fifth time the key in ignition with the ignition turned on.

This process is supposed to keep the immobilizer light on for a few seconds and the it should start blinking at different intervals.

This step itself , took us 5 tries before we managed to get the light to stay on.

Apparently there was some loose connection in the eco and the computer would not receive all the signals sent by us.

Finally we got that sorted out and the lights starts to blink at different intervals .

Each I intervals the customer is required to count the number of blinks and write them down in order to obtain the car pin for the eco to be able to program the new key.

Once that has been done , with the new cut key you would have to introduce the pin into the eco , by turning the key in to the on and off position in conformity with the numbers obtained it the previous process. At the end of every numbered entered you would have to remove and reinsert the key for the next number . All this of course if the immobilizer light blinks twice after every number introduced .

After all this procedures, and with the hope that you hadn’t misread any of the PIN numbers wrong the new key will be removed and the immobilizer light should stay on, then the old key should be introduced and quickly removed and replaced by the key that needs programmed .

Once ask that is done , the chip in the new key should be programmed to function with the new key.

And this is only one case of one car.

247 car locksmith services offers fully insured and professional services that will take this burden of our customers.

We will offer an reliable , affordable and professional service that will guarantee a recommendation or a call back

Book us with confidence

Hello! Are you locked out of your vehicle?
Reach me via text 714-715-5887 | Call if you need immediate assistance with a Lockout or Key Replacement!! 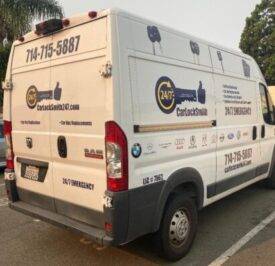